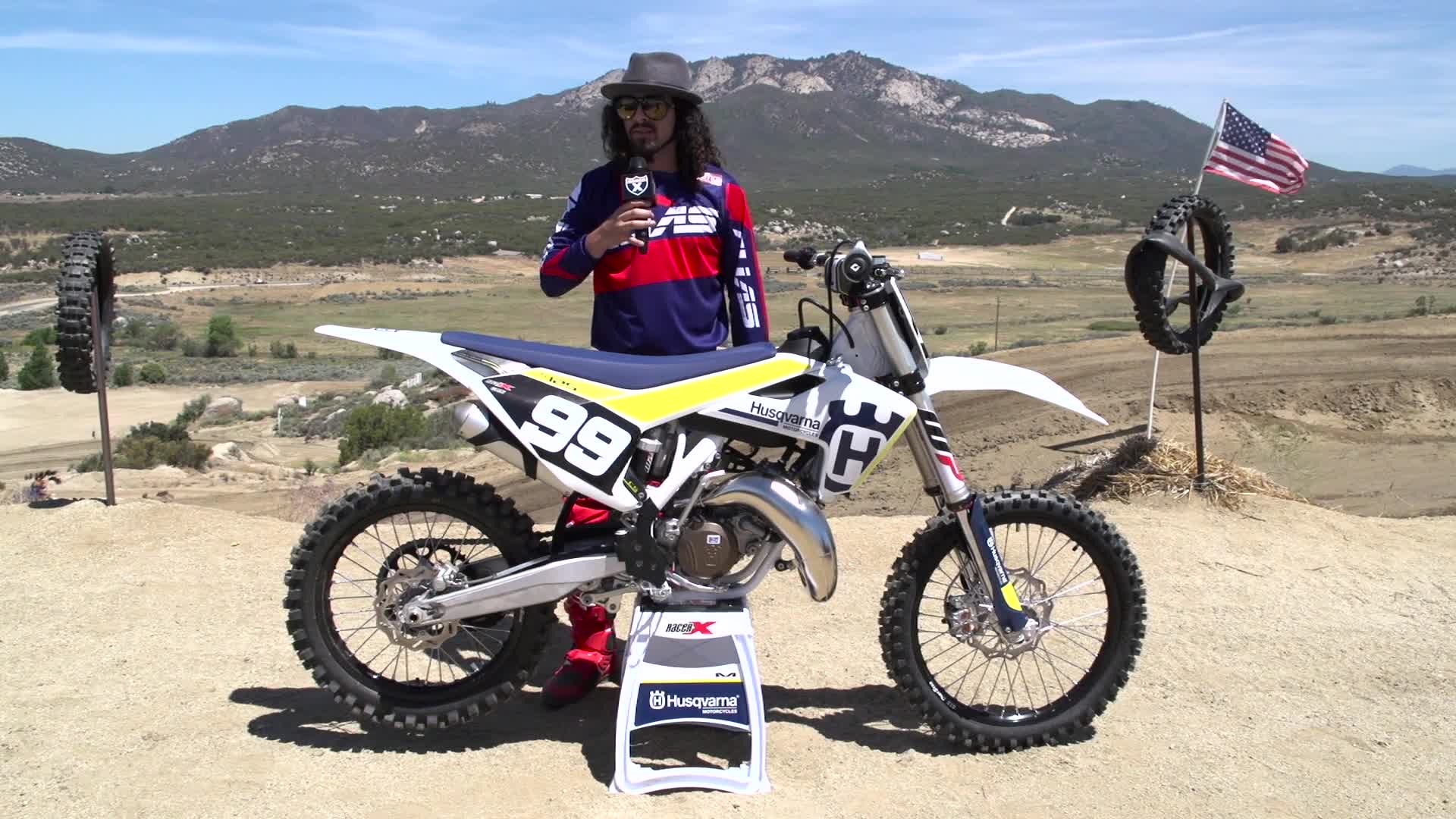 What’s new with 2017’s? The big news is the TC250, which has an all new chassis and engine. New engine components include the cylinder, piston, and crankshaft, a Magura hydraulic clutch (which is also raised 4mm), and an overall engine architecture which centralizes oscillating mass. A lot of these changes mirror the redo the rest of the TC line got last year.
On all the bikes, there’s a new upper triple clamp, new handlebar support, air forks, the rear brake lever has been extended by 10mm, new rear brake pad material, and they’ve switched to the Dunlop MX-3S. The four-strokes now have aluminum cylinder head mountings, which reduce weight by a quarter of a pound, standard and aggressive engine mapping switches as well as an on/off switch for traction control. The TC125 and TC250 now have a Mikuni carburetor and the TX300 has an electric start powered by a lithium battery—pretty cool!
We didn’t have time to go through all seven of the bikes available, but Blake did get plenty of time on the TC125, TC250, and TX300.
The TX model, by the way, is Husqvarna's new cross-country two-stroke whereas the TC model is the motocross version. The TX only comes in a 300cc model and comes with an electric start (but you can upgrade the TC250 motocrosser to a 300 with a kit.) The TX 300 comes with a 2.6 gallon clear tank, 18" rear wheel, off-road specific suspension settings, a 6-speed semi-close transmission, and a side stand. The TX is designed to be an off-road bike that you can also take to the motocross track (after you take the kick stand off) and also attack rough, fast off-road races.