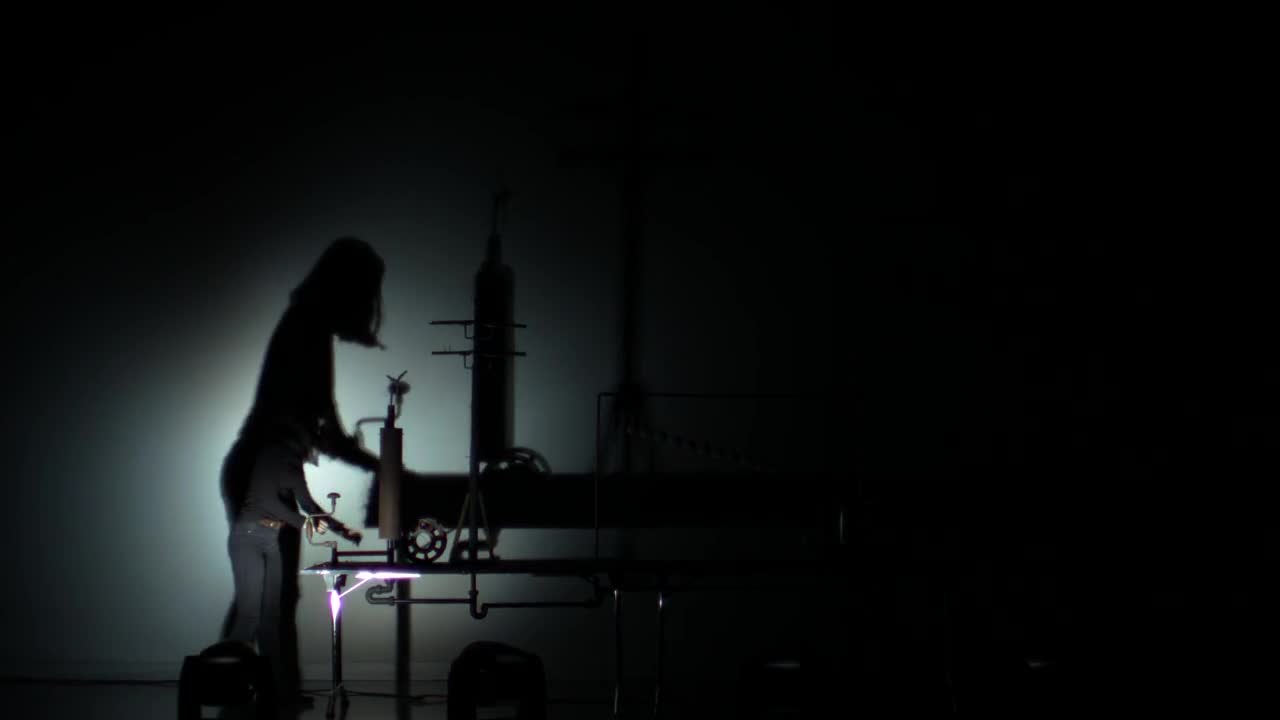 Inspired by the “Myth of Sisyphus“ by Albert Camus, this is a composition in the form of a hybrid between performance, installation and kinetic sculpture. Rhythmically connected elements follow a spatial journey that starts from the fundamental forces of nature, leads on to gravity dances, and the vibrating energy of The String Theory. The simple arrangement of motifs along with sound, light and shadow play, create many shapes and stories that charge the room with energy and transform it into an immersive show. The performance is not restricted to one particular story line; it is more like a visual composition of different elements, variable movement, and relationship of the body and environment. In this room the machine, technology, organisation and precision meet the vague worlds of shadows, dreams and chaos, creating the infinite evolutionary image.
All the objects, sound, light, and image melt together with the performer. She is weaving her story with the threads “…in that silent pivoting (she) contemplates that series of unrelated actions which become her fate, created by her, combined under her memory's eye and soon sealed by death.” She becomes a perfect machinist, an inventor of her own contraption. When the cosmic circle of birth, death and rebirth is reached, little figures emerge, rising, falling and turning into a boulder as they struggle through their life journey. “…the struggle itself toward the heights is enough to fill a man’s heart”. The shadows from an endlessly spinning zoetrope like device fill the room. “Each atom of the stone, each mineral flake of the night-filled mountain, in itself forms a world.”

Skateboarding in the Road

Intel+Toshiba Commercial: The Beauty Inside

Super Kids and the Ring of Unlimited Candy